Bookworming can be fun ;)


Yes it can be fun , especially when you are tagged:)
What i love more from flickr , is that gives me the possibility to get to know amazing creative people with cool ideas.
I don't like very much uploading self portraits all the time , but this time i really had a lot of fun:)
The rules were this way:

[A]
1. Sit down.
2. Take a picture of yourself right now. Don't primp, just snap one!(i just changed the tones;)
3. Upload it.
4. Tag 5 people to do the same .Actually i did this on flickr so i tagged my flickr contats , but since i'm sharing this with you i'm tagging these blogger friends of mine:)

[B]
make a pic of yourself with the book you are reading and listening to some music.


while trying to get my portrait and reflections from the window , i had some stupid , funny moments (i had push the record button ,instead of the other one so i accidentally recorded this comic video:)
enjoy and don't forget to keep the promise guys:) 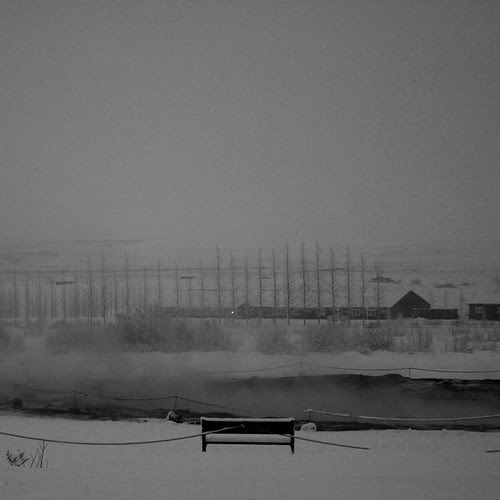 I have always respected people that have choosen to lead a lonely life.

And by this i don't mean asocial people , people that find it hard to get in touch with the others of course.

I mean the people that content theirselves and don't need other people just because they don't like being lonely.
Yes , maybe you find it strange , but i have came across a lot of of these people.

I don't like their company.I guess because they make me understand they aren't enjoying mine as well. Or maybe because they need my friendship anyway, because they just can't stand to be alone.

I find it so superficial.
And so desperate.

One should first get enough of his/herself i think.
If you see people , if you get in touch with them just to escape from your loneliness and boredom , you aren't going to do anything good to yourself or the others.

Loneliness offers you the luxury of an intense conversation with your innerself.

But at the end of this experience , you won't have anything to escape from.
You'll have signed a total piece with yourself.
And once you have achieved this ; you'd be able to pass quality time with yourself only or with others as well.
You won't experience something in order to escape from something else , you'll really be able or be willing to share what you want with the others.

But in order to reach this , you need to master your loneliness; this very slight line that separates your true preferences from your egoistic fears.

The unbearable lightness of optimism


The unbearable lightness of optimism
Can be sometimes felt in a waterdrop!
Posted by eni at Thursday, February 12, 2009 6 comments: 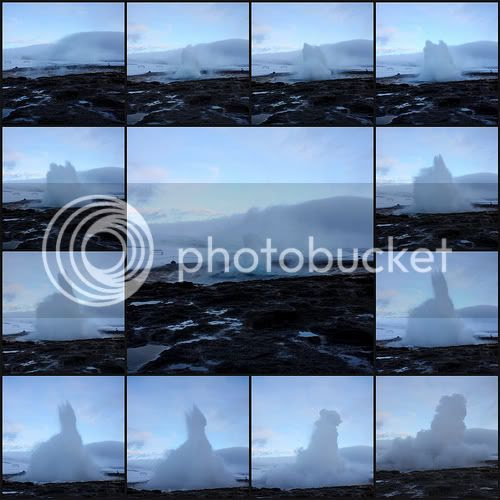 Most of you might have heard of the famous Icelandic geysirs.They are located on the country's south west part.It's there that you can experience the magic of fabulous steam rising from the hot springs, vent and streams found all over this area.

Actually , all of the hot springs world wide are called due to the great Geysir located here.It's been told that Geysir has been erupting since the early 14th century up to the early days of 20th century.It hasn't been active since then.

According to some ,Geysir stopped because lots of rocks has been threw to it to set it off.Some say , it just stopped .
But when it used to erupt ; it's been told it used to go 150-200 feet high.

It was a bit frightening to visit a geysir that you might never know if it's going to be active or not anymore.But it was worth of it:)

Sure Geysir has a little twin:) called Strokkur.
Strokkur of course is not as big as Geysir used to be and when it erupts the steaming water goes 60-100 feet high.It happened once in 5-10 minutes.

The area of geysir was surrounded and you couldn't get closer than that .
Actually , it wouldn't be wise:)

I sure was thankful to my best friend (my camera;) that helped me get every single second , when it started to erupt.
I just wish i had a tripod by myside.Because you always need extra light in Iceland during winter time;) , plus i was so excited to watch it myself, so couldn't concentrate much , so you guys are going to accept this trembling photos ;)

But you can see from the photos , the amazing moment it gets ready to erupt and all it's phases.The first moment can be seen on the picture on top.
The other photos show the continuous moments.

It was really an amazing experience.
I never thought it could be real , until i saw it myself:) I was 30 metres close to it:)

Also what i loved else , was the perfect nature harmony and the combination of the places full of snow & hot springs with boiling water.It's truly incredible to see these both together.
I think it's a better idea to visit geysirs during winter time;)