The poem of being lonely

i thought to share with you another lovely poem of the great Orhan Veli tonight..hope you'll enjoy.. 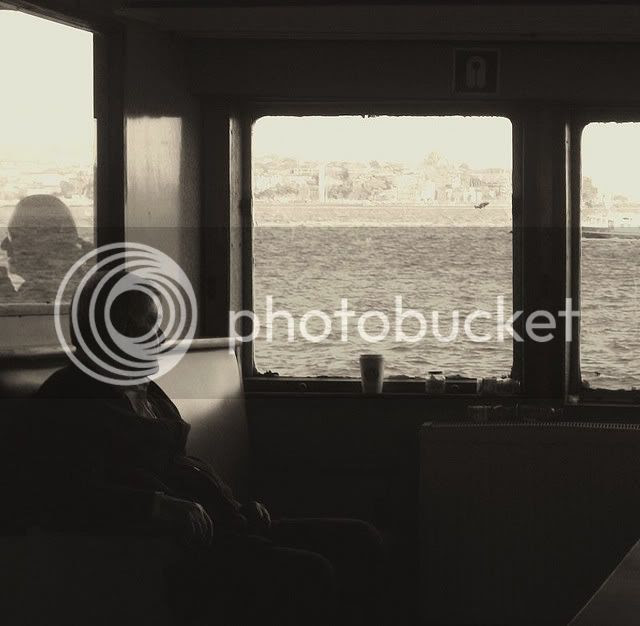 THE POEM OF BEING LONELY

They don't know,
Those who don't live alone,
How frightening is
Soundlessness;
How a person talks to himself,
How he runs to mirrors,
Hungry for a soul,
They don't know it.

Reykjavík , the capital of the far far away Iceland is a very pretty city .
I have to defeat your weather opinion first though:)
It's not that cold, or at least it's not the coldest city in Europe:)
As far as I've been told by my icelander friends; the temperature during the coldest day in Reykjavík, is max. -12 degrees, which sounds pretty normal and "warm" due to the freezing other cities of the world.Aside from the windy days of course;)
It can be really cold and very dangerous to go out these kind of days, especially if you've got a slim body type;)

The people were very nice and friendly.I liked them because of their easygoing attitude and peaceful moods.And what i loved at them was the lack of complexes on every aspect.

You can't say it's a very big city, but it's a very attractive city for sure.What i loved most here , were the numerous bookstores.You might have heard, that Iceland is one of the places with the highest rate of readers in the world!
I feel like hearing someone saying : C'mon they're just 320.000 people living there , of course the ratio will be high compared to the world.

But i don't sympathize with this , you can see how much attracted are the icelanders to reading.
And i should say they are very well decorated, cozy to sit there for a while and with lots of splendid books that you can have a long look before you get them.
So book worms, here's one reason for you to go to Iceland;)

And yeah the cafes were great as well.In most of them , you could also find great books to read.It was really nice to sip a coffee (which you could refresh all the time) while reading a book or just when you would (as the albanians say:) graze your eyes out of the window.

The reastaurants of different cuisines make you feel home even in this far away kingdom;)

What i loved else, were the many tourist shops that you could find in different corners of the city.All of the people working there were truly helpful and nice.The stores were full with interesting booklets , from where you could easily follow all the events (artistic,touristic ,cultural ect) happening in Reykjavík or other cities.Different , traditional icelandic products were sold as well.
And guess what?
They were duty free , like it was in many other shops in the city;)
Cool ain't it?
Before going to Iceland i had heard it's a very very expensive city , but i think it's a bit exaggerated.It's the same with many european cities , of course it has it's special and bargain corners as well.
On the main shopping street you could find some very interesting and particular icelandic or scandinavian fashion shops , with some exquisite products.

I also went to a music shop that once used to be managed by Björk as well , but now is managed by her friends.It was named "smekklaus " a.k.a "Bad Taste" ..
Yeah another cool part , was that you could see the famous people any time any where and nobody would rush to them, so it's very likely that you can see any of them while you're going to the store or when you're reading a book.

What i liked very much of course were the many art and photography galleries that i got the chance to visit.I especially liked the way icelanders approach to photography and the way they promote it .
I should add i had the chance to know some very special icelandic photographers with gorgeous portfolios which i was very much impressed to see.

The nights are very attractive and interesting as well.
Ok , it's not that it's too messy especially during week , after 10.00 pm you can hardly see anyone out , but during weekends it's really very cheerful and populous.
And the atmopshere is truly charming , especially if you're lucky enough to catch the "northern lights" (http://en.wikipedia.org/wiki/Aurora_Borealis).
Reykjavík becomes a riot of colors during nights.That's why it's really special.

Whenever you visit Iceland , let it be summer or winter , night or day, you can be sure you'll be amazed.

P.S: Bthw, nothing to worry on the last happenings in Iceland.Because icelanders are peaceful people , so their demonstrations are;) So it won't be risky for you to visit it , even now:)

I've always made fun of such kind of people.
I mean the "pretending-to- be" ,different ,special , one-of a kind , unique , smart asses.

Pardon my rude language, but i can't help it.

These persons always tend to act snobbishly & not interested at anything.
Yes i do accept they might look charismatic , at least for some time.

One tends to feel respect towards people acting selective.Because you believe they do it because of a good reason or because they are induced to choose something.

But it's not , because generally they just criticize without explaining why or without letting you know about their "bright" own ideas.They should have some great ideas since they keep boincing all time don't they?

But it all looks so ugly and quite stupid , when you get their real target.
They just tend to depress and discourage.
By any means.
In any way.

Now how crappy is that: ) And how desperate.
I say it because almost all of them , are not the most creative persons or not mastering at any field.
So why is all this mess about then?
Why such a fake pathos on their criticism?

I hope you don't missunderstand.I'm not saying that everyone has to praise everybody's work all time.I wouldn't be saying anything about this stuff if i didn't feel the absurdity this way.
For that reason i called my post "the big pretenders , escaping to face theirselves".

So let us toast to honesty,non- sabotaged perception and genuine passion to create!
And let us give a hand to them.