Funky psyche : one of my latest project, it`s about the undeniable , unavoidable and exciting mix of our conscious and subconscious  psyches.

check out the whole project :here
Posted by eni at Thursday, June 27, 2013 No comments:

check out the lovely Sciences Occultes tumblr page.i`m enjoying a lot being one of the moderators ;)

A call to your conscience !!!


Yesterday night all the GEZI PARK protestants (where a lot of kids were present as well) were brutally attacked with gas and water cannons.Medias were not allowed to enter there!!! Injured people (again where lots of kids were present, most of them terrorized ) staying at Divan İstanbul , were again attacked by the police.

It`s hours i have goosebumps , because of the scenes i saw . Please share this information , so the whole world can see what`s happening in Istanbul.
Also to all my AKP friends : You know , this is not a matter of politics.It`s a matter of humanism! It`s a matter of democracy. I am also a believer. I also have a God. My soul shelters to him with my prays .And I always make sure that when i pray to him , I have my conscience very clear and i don`t regret anything of what i`ve done or how i`ve acted.so make sure your conscience is really clear , when you pray to God , while you`re supporting people that are attacking humanity and most of all kids!!! I urge you to do this , in the name of humanity.
Posted by eni at Sunday, June 16, 2013 No comments: 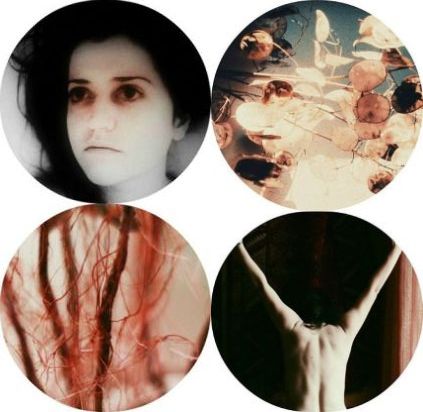 #occupyGEZI from Deniz Tarsus on Vimeo.

{Wish I Was Wednesday} Eni Turkeshi

{Wish I Was Wednesday} Eni Turkeshi

Casperous Vine is a very interesting band, i have discovered lately.My friend , Monika Žulpaitė , a Lithuanian artist is the flautist of this band, so that`s how i got to know about it.
I love the diverse tunes of their works.Makes me think about latin, balcanic, jazz tunes.
Really cool stuff.
You might read more about the band from the notes below (notes are copy-pasted from their facebook page).
Enjoy the music too :)

Description
Casperous Vine is a concept realized by composer/multi Instrumentalist Paul Christopher Kozlowski in early 2000's after the dissasemintation of experimental grindcore outfit Parade of the Lifeless. Casperous Vine has satellite formations in 4 countries and functions as a modified string quartet, sometimes as a small chamber octet, duo formations and now for the first time an electric quartet in Tenerife, Spain.
Launched 2013

Just found this sweet piece on youtube by chance;) it`s kind of intimidating how i was unware of it till now.i love you tube;)
to read more about the composer GARA GARAYEV read from here
Posted by eni at Thursday, June 06, 2013 No comments: